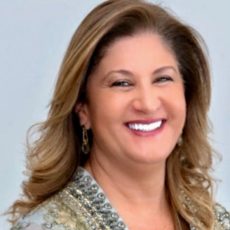 Coaching as a deliberate strategy for people development.

In 2016, the Abu Dhabi National Oil Company (ADNOC), a leading diversified energy and petrochemicals group wholly owned by the emirate of Abu Dhabi, embarked on a journey to transform itself into a performance led company that maximizes value from its vast hydrocarbon reserves to support the United Arab Emirate’s (UAE) growth and diversification.

Recognizing its greatest asset is its people and that they share a collective responsibility to enable progress and prosperity within the UAE, ADNOC has invested in training and upskilling its employees to enhance performance, drive efficiencies and optimize costs. The company’s employee development strategy, in support of its 2030 growth strategy, includes a group wide coaching program, alongside other training and mentoring programs, to nurture and develop the full potential of its people.

With almost 50,000 employees, spread across its operating companies and sites, some in remote locations onshore and offshore, ADNOC’s ambition to instil a culture of coaching across the organization was challenging. It required not only backing from senior management, from the Group CEO down, but also a dedicated budget and support from the company’s human resources team.

Mariam Al Suwaidi, Vice President, Learning & Development, says: “The creating of the coaching culture was a deliberate strategy after the company’s leaders experienced coaching themselves and discovered the benefits for them and the organisation.

“We have a very clear vision from our senior management and it has cascaded across the organisation. We want our leaders to set a clear direction to successfully deliver on our business objectives and ensure that ADNOC builds on its legacy of success and continues to be an integral part of the country’s economy and its prosperity.”

Today, ADNOC has a pool of 76 ICF certified coaches who have provided more than 3000 coaching hours in just over two-and-a-half years. And it is the success of its coaching program which has earned ADNOC recognition with the award of the top honour in the International Coaching Federation’s 5th Middle East Prism Awards, which celebrates organizations that have achieved the highest standards of excellence in coaching programs.

ADNOC’s coaching program has three tiers aimed at building a strong culture of excellence in support of its strategic objective to deliver smart growth across its full value chain and ensure ADNOC continues to be an integral part of the UAE’s economy.

The first tier seeks to build a pool of internal coaches, reducing its reliance on external coaching. To do this, the company sought applications across its group companies. Candidates had to meet specific criteria and were selected through a stringent two-step filtration process.

Nominating coach Merella Khoury Karam says: “They went through a psychometric assessment and were filtered at that level. Those that made it through the first round went through a competency-based interview and were again, rated and filtered.

“Our creme de la creme of potential coaches were then enrolled in a carefully selected coach training program that was accredited by ICF. We have completed three rounds of this program and now have a pool of 76 ICF certified coaches who have provided more than 3000 coaching hours in just over two-and-a-half years. It’s an absolutely phenomenal result in that timeframe.”

The second tier focuses on training managers and team leaders to use coaching skills and techniques.

“We specifically selected our largest population of approximately 4000 managers and team leaders as our target group for the coaching program, as they would have the greatest impact and ripple effect across the organization,” explains Karam

She adds “The results have been impressive. There has been a marked improvement in teamwork; there are fewer silos and communications have improved, which in turn, has resulted in greater improvements in the company’s corporate culture and increased organizational agility.

“We now have a culture where people can challenge and be challenged, ideas flourish, and our employees thrive and perform at higher levels,” Karam says.

Evaluating the effectiveness of the coaching

To evaluate the effectiveness of coaching before, during and after any intervention, ADNOC has implemented a series of assessments which encourage feedback from those doing the coaching, as well as from employees and other stakeholders.

Internal coaches are paired with employees within the organization, following specific guidelines for matching coaches with employees. Each session is electronically logged. After each session the employee logs the date, the time of the session, the coaching program they are part of and some success factors. There’s an opportunity to update the activity log, agreed actions, takeaways from the session, and provide immediate feedback on a scale of one to 10.

As well as immediate feedback on every session, there is another evaluation midway through a program which provides written feedback, or open comments. This is repeated after the final session.

“As much as possible, we get feedback from stakeholders, including the employee’s line manager to see if there is any change in behaviours,” says Karam. “And we have a specific coaching report that has been designed to capture feedback from the coaches to see how the employee have progressed, how many sessions have taken place, what were the agreed goals and what percentage of goals were achieved.”

In addition, ADNOC has created a register of external coaches that have a standard contract and standard pricing, making the use of these coaches quick and easy for a leader to access. If a manager needs external coaching, they get approval from their line manager, so they know their direct report is engaging in external coaching, Human Capital are notified and then a manager can contact the external vendor and arrange coaching services.

This capturing of information has allowed ADNOC to identify specific competency gaps and see the feedback on changes in behaviours related to these competencies as a result of the coaching.

Embedded into other training and development programs

The coaching program works alongside other training and development programs for leaders. For example, ADNOC has levels of training for first-level managers, senior managers and C-suite and senior executives.  “‘At each of these levels, and for each of these courses that we run, coaching and mentoring are embedded into the training”, Karam says.

All ADNOC employees have access to a coach and a mentor, which plays a major role in achieving the company’s human capital objectives. “It also aligns with ADNOC’s goal to have world class leaders across all levels of the organization to build on its legacy of success, raise the ceiling of its performance and future-proof its business,” Karam adds.

Bright future for coaching in ADNOC

To support and compliment the coaching program, ADNOC has created the ADNOC Community Conversation, a platform which allows internal coaches to meet regularly to discuss issues related to their development and the coaching industry.

Coaches also have dedicated social media groups and ADNOC continues to expand its dedicated budget and resources for coaching. “These are key elements we have put in place to ensure that we maintain and grow the sustainable coaching culture,” says Karam.

And ADNOC has ambitious plans for its coaching program.

“We want to give back to the nation. We’re a huge organization. Hopefully, we will get to a point where we can one day establish a coaching academy within ADNOC, where we can help other companies replicate what we’re doing. That’s another level. Another aspiration. There is lots to be done in the future,” says Karam.