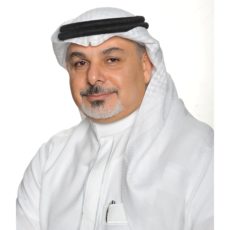 Aref converted his passion to a business and a way of life.

Aref Al Mubarak carries his commitment to coaching and his country, into his work every day.

His work with the Saudi Industrial Development Fund (SIDF) developing a coaching culture, let to an honourable mention in the Middle East Prism Awards in 2021. He describes the award as an honour and ‘A dream come true’, for him personally as well as validating the value of coaching and ICF in Saudi Arabia.

‘I get a real sense of pride and joy, not only about what was done within the organisation, but to the wider coaching community in Saudi Arabia. It makes me feel that I am contributing in this whole game’, he says. He was also part of establishing the ICF Chapter in the Kingdom of Saudi Arabia in 2015.

SIDF wanted to improve communication and its business and for Mr Al Mubarak that meant ‘… improving the relationships between teams, individuals, and departments’. In the case of SIDF, they created a 360-degree coaching culture including executive coaching, team coaching, a clinic for all employees to experience coaching, and training followed by coaching, with the aim of creating more leaders in the organisation.

Trust increased dramatically while Mr Al Mubarak and colleagues were working at SIDF. ‘After the coaching intervention, group coaching and individual coaching, we found that trust has increased by 69%. I thought that was remarkable. That was really a good measure of success in this area, especially during the pandemic’.

During the pandemic, the organisation implemented more group coaching and it was also when they introduced coaching clinics in different areas. To do this, Mr Al Mubarak worked with ICF accredited coaches and set up clinics where any employee could choose to have coaching in one of four areas; performance improvement, career development, leadership development and business. Every employee could see the CV of the coaches available to them and would simply sign up for one-to-one coaching. In three months they conducted 120 sessions.

Use the Prism Award application process as a measure. Mr Al Mubarak found the process of applying for the Middle East Prism Award allowed SIDF to highlight what it had achieved while implementing the coaching culture, and also on how to maintain it into the future.

‘It gave us clarity on what strategies we need’, he said. ‘As well as the Trust index, it helped us to see how many sessions we have conducted, the feedback that we received from employees and to draw some kind of a plan and strategy to sustain this culture’.

Appeal to the leadership qualities in the people you’re talking to.

He said leaders want to look at how they can enhance trust and empower others. ‘If we tell leaders what creating a coaching culture can do for them, I don’t think they would hesitate for one second. Every leader wants to create leaders; every leader wants to focus on strategy, focus on what’s the best they can do’.

Tips for coaches working with an organisation.

He also suggests meeting the organisation where it is at. ‘We always say in coaching, meet them where they are. Walk them slowly and see what is the
speed? What is the rhythm and what is the pace? We don’t need to have a quantum leap in an organisation. Instead, see when they are ready to create a coaching culture, which will happen organically if they see the benefit of coaching’.

Mr Al Mubarak’s focus was on developing leadership skills in the SIDF workforce and he says, ‘coaching is the right tool to improve the empowerment of people and to engage them in the decision making on a day-to-day operation.’

Let people grow and be empowered.

Another tip Mr Al Mubarak offers is to work with people’s natural inclination of not liking to be told what to do. ‘When we hire people, we hire them for their skills, knowledge and experiences. If I instruct them what to do, what am I gaining? I’m not gaining anything. When we allow people to bring out their best, to bring out their talent, they bring out their hidden potential’, he says.

‘We’re moving into an era where people like to have their autonomy, like to have their say about what they do. Creating a coaching culture is actually an empowerment for all employees, to enhance the performance, to give them that sense of autonomy, so they’re more confident in pitching and
decision-making’.

On a personal level, Mr Al Mubarak has found his niche. ‘I find coaching is really what I want to do for the rest of my life, the thing I am really passionate about. For me, it’s about how to bring awareness to the individual and to the organisation’.

He hopes that receiving the honourable mention will act as an inspiration for other coaches and encourage them to get the support they need.

‘My advice for all coaches is, if you’re going to create a coaching culture, come equipped; have a mentor, have a supervisor, work on your CCEUs, don’t wait till the last minute because your continuous education will really help the organisation as you go along with them. Having a supervisor will really help you to skill yourself as a coach and as a human being, and is going to reflect on whatever you create in the organisation’, says Al Mubarak.