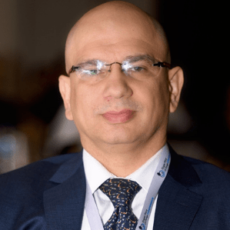 A Synopsis on Coaching Mideastern Leaders

Cross-cultural coaching is the norm for many leadership development professionals and for many of us coaches, therefore understanding the culture of the clients is of crucial benefit to us and to the human resources community in optimizing the coach-client relationship, in designing individualized coaching interventions, and in maximizing the return on coaching.

Middle Eastern and Native Arab can’t be used interchangeably nor fully generalized due to vast individual and cultural variation. Although there are many common things between Mideasterners, however they are not similar and designing coaching programs for this region or coaching Mideasterners away from a deep understanding of the culture might make it an unfulfilling relationship.

The following concepts confirm that selecting native Mideastern coaches or coaches who understand the culture well will dramatically increase the return on the intervention. Moreover, considering the richness of the Arabic language and the impact of any native language on shaping the brain processing and the perceptions of us human beings, it is highly advisable to coach a native Arabic speaking client in Arabic by a native Arabic speaking coach.

Consequently, coaching questions coming from a comprehensive and high-level overview might be a very big stretch rather than a thought-provoking attempt.

This is a concept that has been misinterpreted in some aspects yet heavily wired that; no matter the efforts we exert destiny is previously determined.  Additionally, concepts that have link to God (Allah) are taboos and cannot be challenged easily even if the concepts are misinterpreted. Accordingly, challenging the client much around these personal boundaries to ensure success might be perceived as being unrealistic and offensive.

Religious beliefs in fate are so deeply rooted across the core-value system of almost all Mideasterners even if they do not seem that religious. As a result, I recommend the following:

The majority of the actions of others will be weighed in comparison to the traditions of this smaller circle of people. Consequently, contradictory to the religious teachings, many Mideastern have an apparent inclination to self-centricity and unquestionable loyalty to their closest circle that shares most similarities, while they tend to be more wary and apprehensive towards other circles with difference.

Within my earlier career at the Fortune 500 in the MENA region, and my current activities supporting leaders of Fortune 500 and international leading humanitarian organizations. I have observed extensive gaps when it comes to equality, diversity and inclusion in the Middle East especially when compared to other regions.

Professionals who are specialized in talent development and us ICF professional coaches; the people with high influence, are  requested more than ever and especially here in the Middle East to create high psychological safety and to watch out carefully for stereotyping, judging, misperceptions, and our unconscious bias.

Developing the coaching competencies of Mideastern leaders will pay a wonderful impact on empowering employees of high potential who might be under suppressive circumstances. And, developing a coaching culture in the organizations operating from the Middle East, will minimize the business disruption, create more cohesive teams and more respecting inclusive environment that accepts the different, specially that many countries in the Middle East are points of attractions for many nationalities and many organizations thriving to increase women participation.

Team coaching can be a very powerful tool too to enhance the alignment of the leadership teams and to enhance their collective intelligence.

Family pride is more important than individual honor. Family members dictate much of the individual’s actions by increasing the sense towards responsibility and towards protecting each other’s with a tendency to be even more protective of women. My experience in coaching successful businesswomen and women in leading positions can tell how much do I coach women around insecurities and inferiority complexes.

As a consequence of the tendency towards the protective ways of upbringing, Mideasterners tend to demand directive learning (to be told what to do) with a tendency of asking for the coach validation. Attempting a non- directive learning intervention with a client who requests a consulting approach needs very thorough orientation and preparation.

Age, hierarchy, friendship, social bonding and the words of older generations are to be respected and followed. Therefore, freedom and independence have a different meaning and might not be major drives in comparison to the more liberate cultures. In my practice, coaching leaders at organizations where the hierarchy is highly valued and respected; I feel very challenged to empower a manager who believes an ill-tempered boss is a sign of power and a strong leadership.

Shame is to be avoided at all costs; admitting mistakes or admitting not to know are disgraceful according to the majority of Mideasterners and constructive criticism can be taken as an insult. Therefore, coachability is to be viewed meticulously especially when the client is sponsored. That’s why in this case we can go with the exception of selecting a foreign coach as the Mideastern client might be more receptive and welling to open up more without feeling ashamed. This can act as a double-edged sword since Mideasterners have either the tendency to think very highly of foreigners or to be very apprehensive towards them. Accordingly, having a short list of qualified coaches with different backgrounds and who speak English or Arabic or are bilingual. And, you might also need to include coaches who speak Turkish, Farsi and Kurdish too when designing a coaching program for native Mideastern leaders. Many Mideasterners can speak English fluently however many prefer to be coached in Arabic and most especially in projects related to the public sectors.

Orienting participants to the specific nature of coaching will enhance the success, and the Middle East region is more in need of this as coaching is relatively new where many unprofessional offerings are available, so, it is so imperative to educate the clients extensively about coaching, to differentiate professional coaching and to manage the expectations early prior to getting engaged in the relationship.

Reading these body gestures might lead a non-familiar coach to misinterpret them as it is very normal for Mideasterners to be overly passionate. Coaching sessions might be longer as the tendency to socialize and to share incidences in details using many symbolic rhetorical devices.

I hope that this synopsis can be of a value when considering to design and conduct a coaching program for Mideastern leaders.

Want to know more about coaching in organizations?  Sign up for a free panel discussion with DU and Bahrain Institute of Public Administration during our ICF Middle East Prism Award ceremony on 29th September at 7.30 pm Dubai time.