ICF Israel
The Israeli Chapter operates, based on the values and knowledge of ICF, as an exclusive community of coaches to allow its members a variety of professional and business development opportunities both in the Israeli and international arena. In doing so, it promotes its members' professionalism and economic well-being. 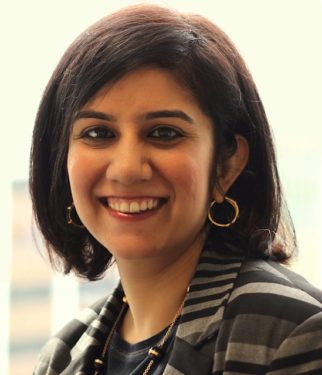 Ruchia Chaudhary
Ruchira is a leading executive coach, adjunct faculty at several top-tier business schools, and runs a boutique consulting firm focused on organizational strategy solutions.
She is the author of the book Coaching: The Secret Code to Uncommon Leadership commissioned by Penguin Random House that released globally in July 2021 to much acclaim.
Ruchira has earned a bachelor’s degree in economics from the University of Delhi, a master’s in communications management and an MBA from The University of Chicago Booth School of Business with a concentration in strategy.
More
24 May 22
Event Time
19:00
(Asia/Jerusalem)
Your Time Zone
English
1 hour 15 min
Online Event
Event type
Webinar
Topic
Coaching in organisations
Free Event

Uncommon leadership focuses on achieving success by helping others grow, about taking people along and helping them become a better version of themselves. Uncommon leaders understand that it’s not just about building an empire, or making millions in revenue – they understand also about the journey and the teams they build along the way. These leaders relentlessly focus on elevating others as they elevate themselves, and their organisations.
What makes someone an Uncommon Leader? How can someone make that journey from being a good leader to an extraordinary one?
Coaching is the key or that code that unlocks Uncommon Leadership. I define Coaching as the act of maximizing another’s performance and potential for those that you lead.
In this session, I I’ve tried to crystallize the why of Coaching – why coaching the most crucial ingredient in the leadership mix, and how the best in the business get it right by focusing on their people.

Event schedule or other information/comments
What could our participants learn and take away?
• What makes someone an Uncommon or Extraordinary Leader?
• How can “we” coach the coaches
• Thinking of Coaching a life skill
• the four cornerstones framework

Other events from the same organiser

Other
19:00
English
The Musicality of Coaching
View all ICF chapter events
Number of events : 58
Number of languages : 3