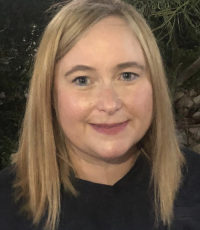 She has a Research Doctorate from the University of Bath (EdD) and presented at numerous universities including Harvard University, Mansoura University and The University of Manchester
Author of two books, more than fifty articles and numerous book chapters.

The Qatar Financial Centre (QFC) assists businesses to thrive in the Middle East and North Africa, and when implementing a coaching culture within the QFC, they found coaching helped them and their associates to thrive as well.

The Qatar Financial Centre assists organizations to be successful, attracting hundreds of businesses to be part of their network to operate within Qatar. As an organisation, QFC was already working with Dr Clare Beckett-McInroy, ICF Master Certified Coach when they decided to invest more in coaching. As well as their internal success, they also won the Middle East Prism Award in 2020.

The QFCs journey to coaching came from a desire to enhance its already progressive attitude to growing and developing its staff. The organisation had been employing Dr Clare Beckett-McInroy to work as an external coach for around eight years before it decided to jump into creating a coaching culture, lead by the CEO, Yousuf Al-Jaida.

Dr Beckett-McInroy emphasises how critical the CEO’s support was to the success of building a coaching culture.  ‘Yousuf Al-Jaida was the one igniting the change. And of course, that impact ripples out across the organisation.’

How they implemented a coaching culture
The first step in the roll-out of a coaching culture within QFC, was to employ Dr Beckett-McInroy as an internal coach to lead the program. Her experience as an Agile Project Manager and Agile certified coach also supported the design and rollout of the program. Once the outline of the coaching program was in place, QFC had an internal launch of the coaching initiative – an element Dr Beckett-McInroy says contributed to the success of the program.
‘The majority of the staff were present including the CEO any many of his team. We called it “Towards a Coaching Culture”, and at the launch shared what coaching is, and is not, and how it differs from mentoring, consulting, etc.’

Dr Beckett-McInroy says she also gave some ‘top tips’ around levels of listening and powerful questioning, ideas that staff could take away to use immediately.

Coaching available to all
Importantly, the coaching was available to all 170 staff. The ex-patriot women and men and younger Qataris were the first QFC staff to take up the coaching opportunity and they quickly became ambassadors for the experience of coaching. As more QFC staff experienced coaching, the reach of who was coached expanded, with some coachees becoming ambassadors.

“The ability to explore strengths and weaknesses in a confidential, professional environment and receive support on improving weaker areas – I have found this to be an invaluable part of professional development and it can be flexible/evolving based on the needs of your career, team, current project…” Senior Legal Counsel.

Staff members talked about how lucky they were to be in an organization where they had access to an experienced ICF Master certified coach.
“…few firms are forward-thinking enough to have a full-time resource in this area, it’s a testament to QFC that it takes this work seriously. Honestly, we’re doubly lucky as we also got you to lead this work for us. One thing I liked was that there was adequate time to allow for reflection and assimilation of what is learnt between sessions.” Data Protection Officer.

Coaching training for managers and leaders
The programme also included systemic team coaching and mentor/coaching for leaders and managers as coaches
“At a personal level, through individual coaching, I have done very deep work which has completely changed my perceptions and the way I work and manage workplace relationships. Coach training made me understand the importance of clear communication, giving me the tools to improve and, most of all, taught me the importance of active listening.” Commissioner, Employment Standards Office

Over time, key figures in the organisation sought individual coaching and also team coaching for their people, with eventually 130 of the staff having been coached, either individually or as part of a team.    Also, managers in QFC changed how they rated their team members, using a behavioural competency framework which was measured in each individual’s objectives. In addition, Dr Beckett-McInroy trained managers and leaders in ‘performance management coaching conversations’ and developed cards that were available to all staff, so they could assess their own behaviour and competencies before a coaching conversation.

Embedding a sustainable coaching culture
QFC has taken considerable strides towards a sustainable coaching culture, for example, including coaching in onboarding, providing ICF approved, accredited and CCE programmes internally, with 19 people working towards becoming ICF certified coaches. It also supported coaching through by-weekly knowledge sharing and case-studies around leadership and coaching topics, along with embracing 360 diagnostics. All of these elements added value and increased accountability of staff.

Another element Dr Beckett-McInroy says added to the success of the program was a revamp of QFC’s values of integrity, client focus, passion for excellence, dynamism and synergy. These fundamental values were infused into the corporate culture with a series of workshops, delivered in a coaching/experiential style – to make the values real, not just words. These values are now measured in bonus-related objectives of staff members. Dr Beckett-McInroy says coaching was ‘…an enabler of these values, and especially the definitions we have of integrity and synergy.’

Coaching is also enhancing QFC’s support of its country’s social and economic development; for example, during the COVID-19 pandemic, the firm made a decision to offer coaching to their clients, supporting the wider community. This included a programme of workshops linked to Mental Heath, a key focus of the Employment Standards Office, where resilience and other wellness sessions were co-delivered. This co-delivery approach also enabled colleagues to work on projects across departments.

Measuring the success of the program
Overall, the QFC has no doubt that implementing a coaching culture has been a success. It assessed the value, influence and effectiveness of coaching through a number of measures, including, but not limited to:

The program also had a robust Return on Investment to the extent that the line-item in the budget has increased more than five-fold since the implementation of the program. But the biggest benefit has been to the people in QFC.

“Coaching has increased the engagement of employees through self-awareness, empowering and enabling… increased trust, improved behaviours, increased transparency. Which have direct link to increased performance and impacting the entire QFC internally and externally.” Director.

Want to be part of the 2021 Prism Award ceremony?  Click here to Register to this free event !

Feel free to also view the live interview of Dr Clare Becket-McInroy about the QFC win at the 2020 Middle East Prism Award and their coaching culture. 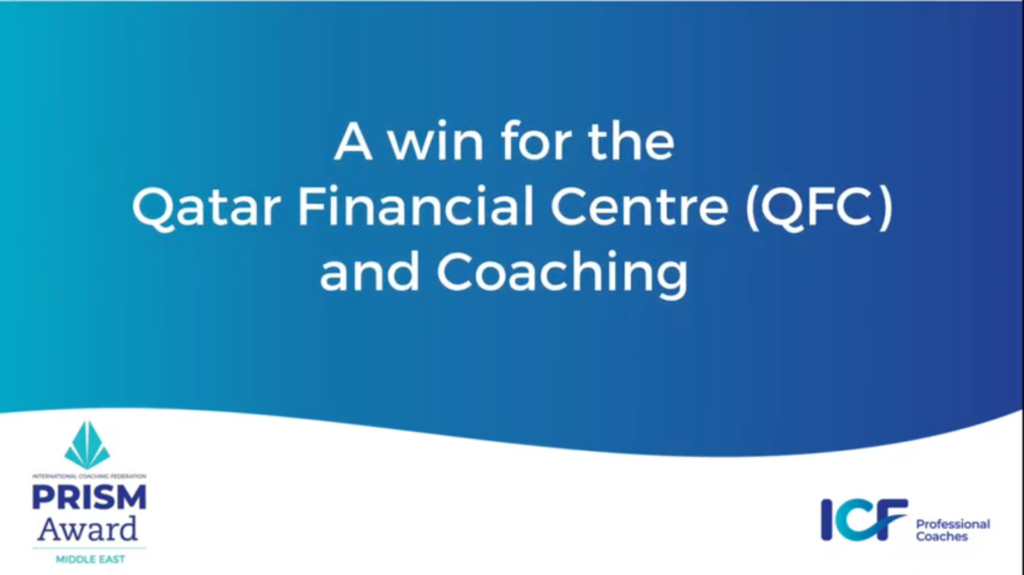