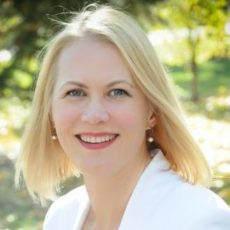 She has achieved a number of globally recognized certifications, including:

The Omani India Fertilizer Company (OMIFCO) credits implementing a coaching culture in their organisation for their ability to meet a strategic goals.

OMIFCO’s mission is to create a culture of excellence, team-work and responsibility among the members of their work force, so it can meet the highest economic, social and quality expectations of its shareholders, the local community and other stakeholders. The way they achieved this mission was to work with a professional coach, Ave Peetri, PCC, Associate Coach at Takatuf Oman to implement a coaching culture within their organisation.

OMIFCO was established in the late 1990s as a joint initiative between the Government of Oman & the republic of India, in order to construct, own and operate a modern ammonia and urea fertiliser manufacturing plant at the Sur Industrial Estate in the Sultanate of Oman. The first ammonia and urea export took place in 2005. While OMIFCO continued to grow in production, they also wanted to grow and develop their leaders, in alignment with their mission and that is where Ms Ave Peetri came in.

Ave began work with OMIFCO in 2018, coaching senior managers, with the backing of the CEO.  ‘The CEO kept close eye on the progress,’ says Ms Peetri. ‘He was very interested in what the results would be and how the program was designed.’

She considered the CEO’s support essential in the success of the coaching program and created a positive momentum to implement a coaching culture. This support allowed the organisation to  ‘…establish really a comprehensive program that covered 3% of the of the company’s people, – the entire layer of people who are managing others,’ says Ms Peetri.

The Board of Directors wanted the culture of the organisation to become more pro-active and efficient, with senior and middle level managers taking initiative and managing their teams well – a result they achieved.

Mr Juma Alshammakhi, Sr Technical Training Engineer for OMIFCO, added that managers at OMIFCO are better at dealing with conflict, which means the teams have improved and stronger; they’re more able to accept ‘…different minds, different modes and different attitudes.’  As a result, the team members are more productive and communicating better with each other better.

A key factor for success of the coaching program and to create lasting change, was the comprehensiveness of the program, with individual, team and leadership coaching as well as training all participants in Coaching Skills for managers. The company upheld the highest standards by committing to use only professionally trained and ICF certified coaches.

Each participant in the coaching program attended three weeks of leadership training, received six team coaching sessions, twelve individual coaching sessions and Coaching Skills for Managers training. The first cohort consisting of 12 senior and middle level managers started in August 2018 and finished in April 2019 and the last one finished in 2020.

OMIFCO wanted to establish a Return on Expectation (ROE) for the initiative, so surveyed those participating in the program, their supervisors and their team members. 94% of employees reporting to the managers who participated in the coaching program, agreed that they noticed a change in their manager’s approach after coaching, and the employees were more efficient as a result of their manager changing their approach. Some of the quotes from employees were: ‘more delegation given’, ‘gives team members opportunity to take initiative and demonstrate their capabilities,’ and many more commented on how the manager was listening to the team members more and helping them achieve their goals.

In addition, an outstanding 91% of the participants and 83% of the supervisors agreed that coaching helped them better understand the company’s strategic goals. An even higher number of respondents thought they were more efficient in their role as a result of their manager changing their approach.

Another advantage to OMIFCO was the spirit of co-operation that the coaching engendered and the creative ideas the work generated.

‘All participants were requested to come up with a real initiative to improve the results and performance of the organization,’ says Ms Peetri. ‘The team coaching initiative encouraged them to work together, rather than in silos, and then to take the learnings to their own teams for improved performance.’

Meanwhile, all participants worked on their own goals in individual coaching. They were also given training in coaching skills for managers, to use when managing their teams.

Mr Alshammakhi agrees that the leadership training gave people the chance to examine what it means to be a leader; the team coaching meant people learned how to work together as a team, and the individual coaching helped participants to understand themselves and the impact they have as a leader. The coaching clinic (training managers in coaching skills) also contributed to the ongoing sustainability of the program.

Growth of Coaching in Oman

Despite the ICF Middle East Prism Awards being in place for five years now, Mr Peetri has experienced some people dismissing coaching as not being appropriate for Oman.

‘I’ve had a couple of conversations with different people in the Omani business community, and some of them had said, “Oh coaching doesn’t really work in Oman; it’s like, maybe it works in the States, but it doesn’t work here.”  So for me, it’s good to be able to say coaching does work, because I worked with an Omani company, all Omanis, and they got the benefits of coaching and they have data to prove it. This is a great case study and testament that coaching works anywhere, including Oman.’

It also adds visibility for OMIFCO, ‘If you haven’t heard of OMIFCO before now, you are more likely to hear that this is a company with a coaching culture,’ she adds. Mrs Peetri says this prize will assist coaching to become more visible in the Sultanate.

‘It really shows how a company from any country can have a rigorous program with international standards of measurement and still be successful’.

Want to be part of the 2021 Prism Award Ceremony?  Click here to Register to this free event !

Feel free to also view the live interview of Ave Peetri about the OMIFCO honourable mention at the 2020 Middle East Prism Award and their coaching culture. 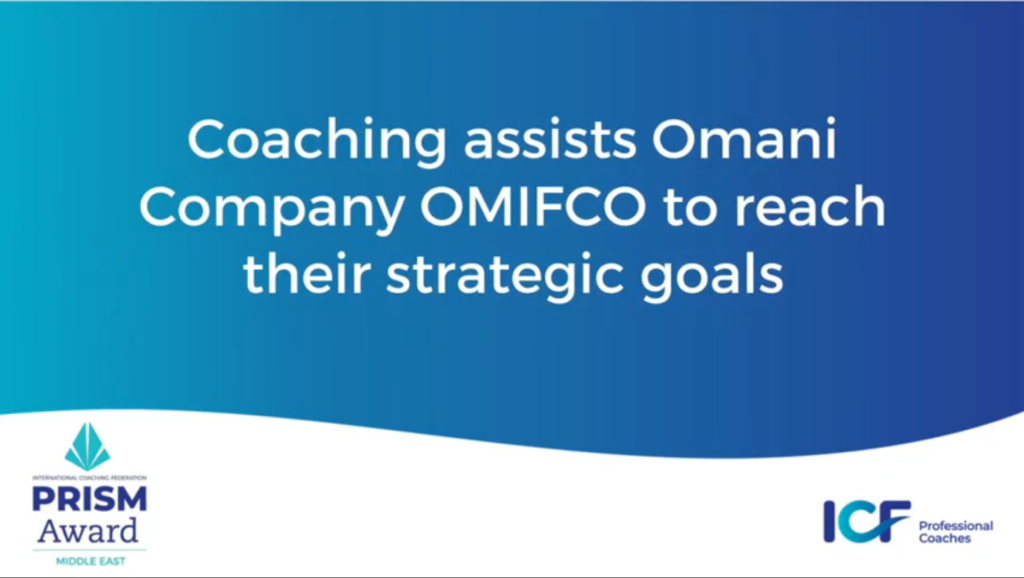